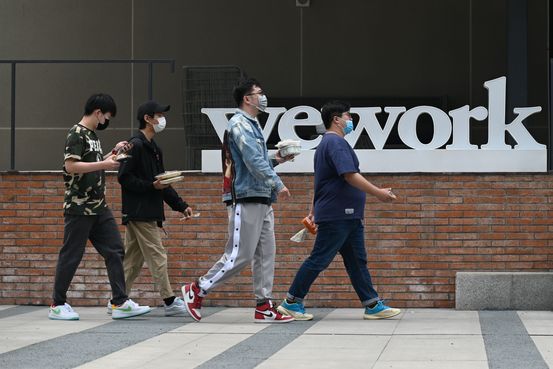 WeWork has agreed to merge with a special-purpose acquisition company in a deal to take the shared-office provider public nearly two years after its high-profile failure to launch a traditional IPO.

The planned merger with the BowX Acquisition Corp. SPAC values WeWork at $9 billion including debt, the companies announced Friday. As part of the deal, WeWork plans to raise $1.3 billion, including $800 million in what is called a private investment in public equity, or PIPE, from Insight Partners, funds managed by Starwood Capital Group, Fidelity Management and others.

The Wall Street Journal reported in January that WeWork was in talks to combine with BowX.

WeWork is a big player in the market for flexible office space. It signs long-term leases with landlords, then after renovating a space and furnishing it, subleases small offices or even whole buildings to tenants for as little as a month at a time.

Should the merger close in the coming months as expected, it would cap what has been a long and bumpy road toward a listing for WeWork, which was once the country’s most valuable startup.