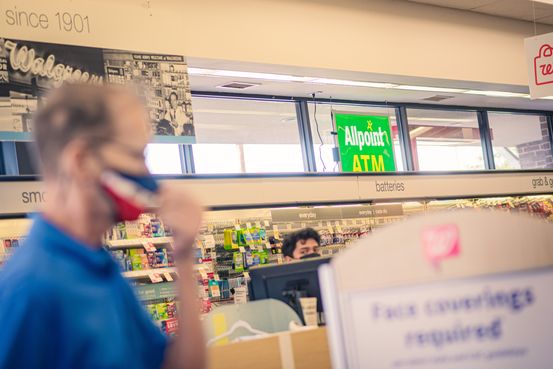 Walgreens Boots Alliance Inc. reported a stronger profit for its latest quarter, a performance that comes as it looks to make itself a cornerstone in the distribution of Covid-19 vaccines under new Chief Executive Rosalind Brewer.

The company said Wednesday it has administered more than eight million vaccines to date, including four million in March. Executives for the company have previously said the chain has the capacity to handle shots for tens of millions of Americans. Walgreens is also offering shots through its Boots UK division.

Vaccinations have been ramping up around the country, with states expanding eligibility to more adults. Rivals including CVS Health Corp. , as well as supermarket chain Kroger Co. and Walmart Inc., are also pushing to get consumers to visit their locations to receive vaccines.

“Our team will move swiftly and decisively to best serve the needs of our patients, customers and communities around the world, at this critical time and beyond,” said Ms. Brewer, who took the helm at Walgreens earlier in March.

Walgreens on Wednesday reported $32.8 billion in sales from continuing operations for its quarter that ended Feb. 28, up almost 5% from the year-earlier period.