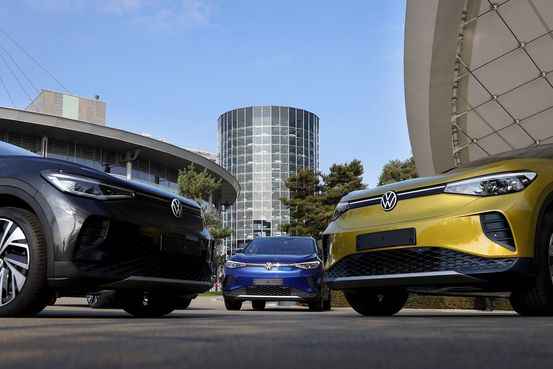 The chief executive of Volkswagen AG’s U.S. subsidiary said Thursday he took personal responsibility for an early April Fools’ Day prank this week in which the company sent out a news release saying it was changing its U.S. name to “Voltswagen.”

“Never in our wildest dreams did we imagine it taking hold,” said Scott Keogh, CEO of Volkswagen Group of America, in an interview with The Wall Street Journal. “If there’s any trust or credibility to be rebuilt from me, I’m going to do it.”

The German auto maker later admitted that the name change was a joke and a marketing stunt, but that was only after many news organizations reported it as a legitimate development and social media lit up with commentary about the move.

The gag-gone-wrong started Monday when VW communications in the U.S. published a draft of the release on the company’s website and quickly took it down.

The release, initially picked up by several news outlets, said the company would rebrand itself “Voltswagen of America” to promote its electric-car strategy. The fake news release also quoted Mr. Keogh as saying: “We might be changing out our K for a T, but what we aren’t changing is this brand’s commitment to making best-in-class vehicles for drivers and people everywhere.”