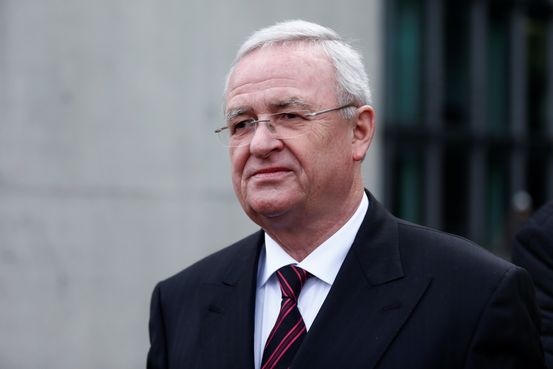 BERLIN— Volkswagen AG said it would seek compensation from former CEO Martin Winterkorn and the former CEO of its Audi luxury car unit, Rupert Stadler, for damages suffered in the wake of the diesel scandal that has cost the German car maker more than $35 billion in damages and fines.

The decision to seek damages from the former long-serving executives most closely identified with the scandal caps an internal investigation that began six years ago when U.S. authorities charged Volkswagen with conspiracy to commit fraud, making false statements on goods brought for sale in the U.S. and obstruction of justice. The U.S. probe uncovered a decadelong ploy by Volkswagen to rig millions of diesel-powered vehicles to cheat emissions tests and later attempt to cover up the cheat.

The diesel scandal, one of the largest frauds by a European company in recent history, resulted in the company pleading guilty in 2017 in the U.S. to settle criminal charges for around $4.3 billion. The company also agreed to pay hundreds of thousands of U.S. owners of Volkswagen and Audi vehicles billions of dollars in compensation.

When the fraud was revealed in September 2015, Volkswagen’s shares tanked, causing large losses for investors and eventually leading to the resignation of Mr. Winterkorn.

The company admitted that the emissions cheating that was disclosed in the U.S. began in Germany. Over the course of a decade VW engineers installed illegal software on nearly 11 million vehicles to enable them to pass emissions tests even though they emitted levels of toxic tailpipe emissions that violated environmental laws.