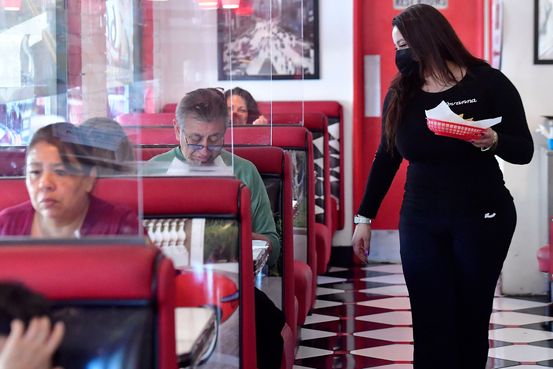 Filings for unemployment benefits rose last week but remained near their lowest levels since the pandemic’s onset, amid signs of a broader U.S. economic recovery.

Workers filed 719,000 initial jobless claims, on a seasonally adjusted basis, in the week ended March 27, the Labor Department said Thursday. The increase followed a downward revision to 658,000 initial claims the prior week, the lowest point of the pandemic.

The four-week moving average, which smooths out volatility in the numbers, fell to 719,000, its lowest point since the pandemic hit in March 2020.

Initial jobless claims, a proxy for layoffs, remain well above pre-pandemic levels—the weekly average in 2019 was 218,000—but have trended downward since the start of the year.

The labor market has shown other signs of gaining steam. Economists forecast that the U.S. economy in March added 675,000 jobs, compared with a gain of 379,000 in February, and that the jobless rate ticked down to 6% from 6.2%. The Labor Department will release its March employment report Friday.