Sales at Honey-Can-Do International LLC are soaring, as homebound Americans snap up the Chicago-area company’s clothes racks, shelves and other housewares.

But the company’s contract manufacturers in China and Southeast Asia are so busy that they are struggling to meet “exceptionally high” demand, said company founder and Chief Executive Steve Greenspon.

Moreover, the scramble for goods produced overseas has created bottlenecks in shipping around the world. Orders to Honey-Can-Do’s manufacturers in China that took 30 days a year and a half ago now take up to three months, while shipping costs are 50% higher, Mr. Greenspon said.

What items have you found hard to get during the pandemic? Join the conversation below.

“Ships can sit offshore for weeks at a time in the U.S.,” waiting to dock at busy ports, says Mr. Greenspon. “There doesn’t seem to be any relief.”

Successful vaccination campaigns in the U.S., accumulated savings and the $1.9-trillion relief bill are turbocharging consumer demand. That is straining the globe-spanning supply chains companies rely on to deliver everything from toys to cars.

For now, economists don’t expect the shortages to be a big drag on the recovery. But some businesses worry that a further surge in demand, led by the U.S., could exacerbate supply-chain disruptions and drive up costs.

“It is difficult to get electronics, in some cases delivery times are a little longer, but we can handle it,” said

, a Frankfurt-based manufacturer of forklifts. “Since the stimulus package is a done deal, the U.S. will have about 7% growth. And we’re likely to have some capacity issues that we will address.”

The shortages are most acute and potentially costly in the supply of semiconductors, demand for which has surged as workers bought new laptops and other electronics to turn their homes into their offices.

But surveys of manufacturers indicate that lengthening delivery times—a sign that capacity is under strain—are now a near-ubiquitous problem. Data firm IHS Markit reported that global delivery times were the second-longest on record in February, with only India and Thailand reporting a decrease during the month. 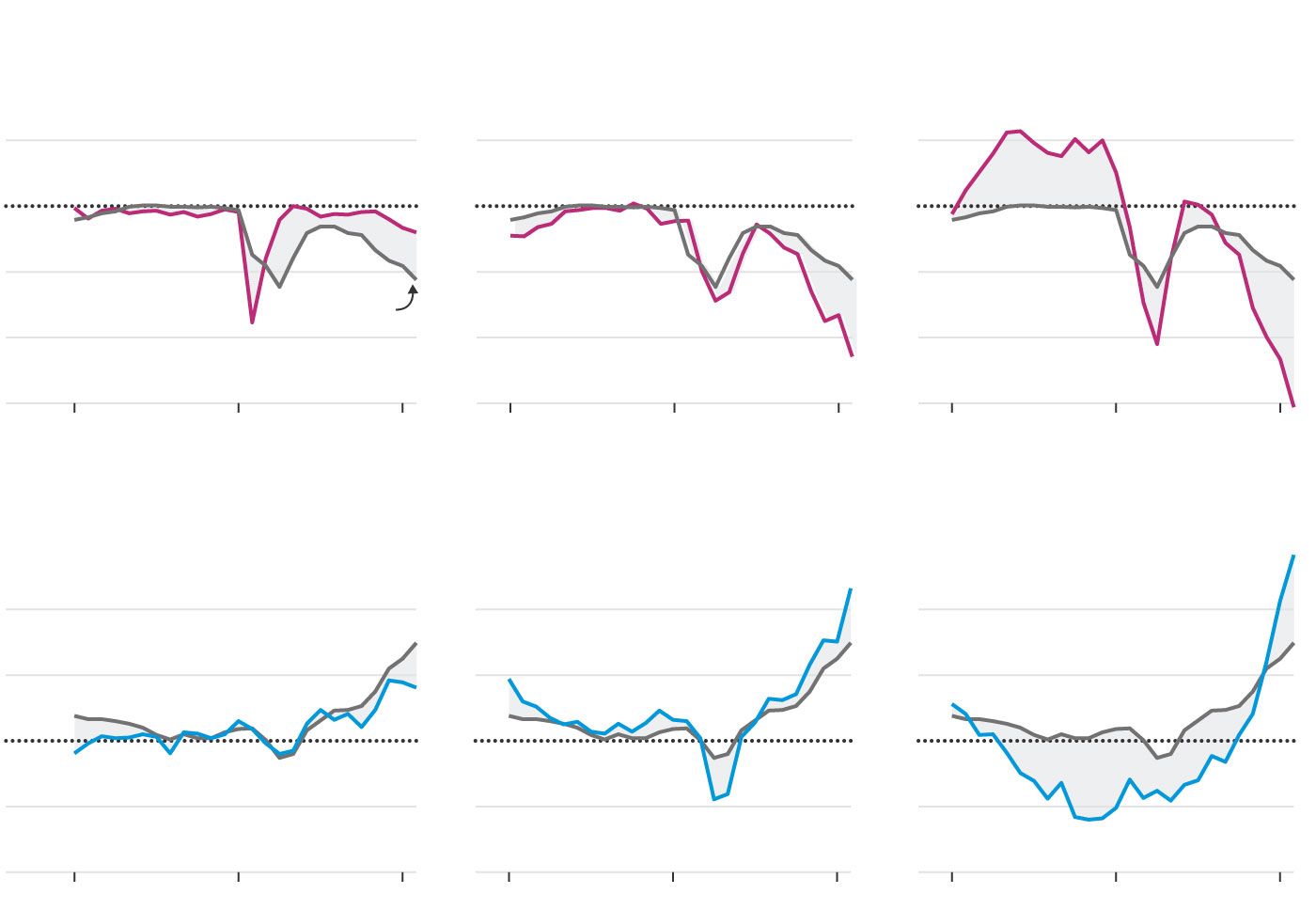 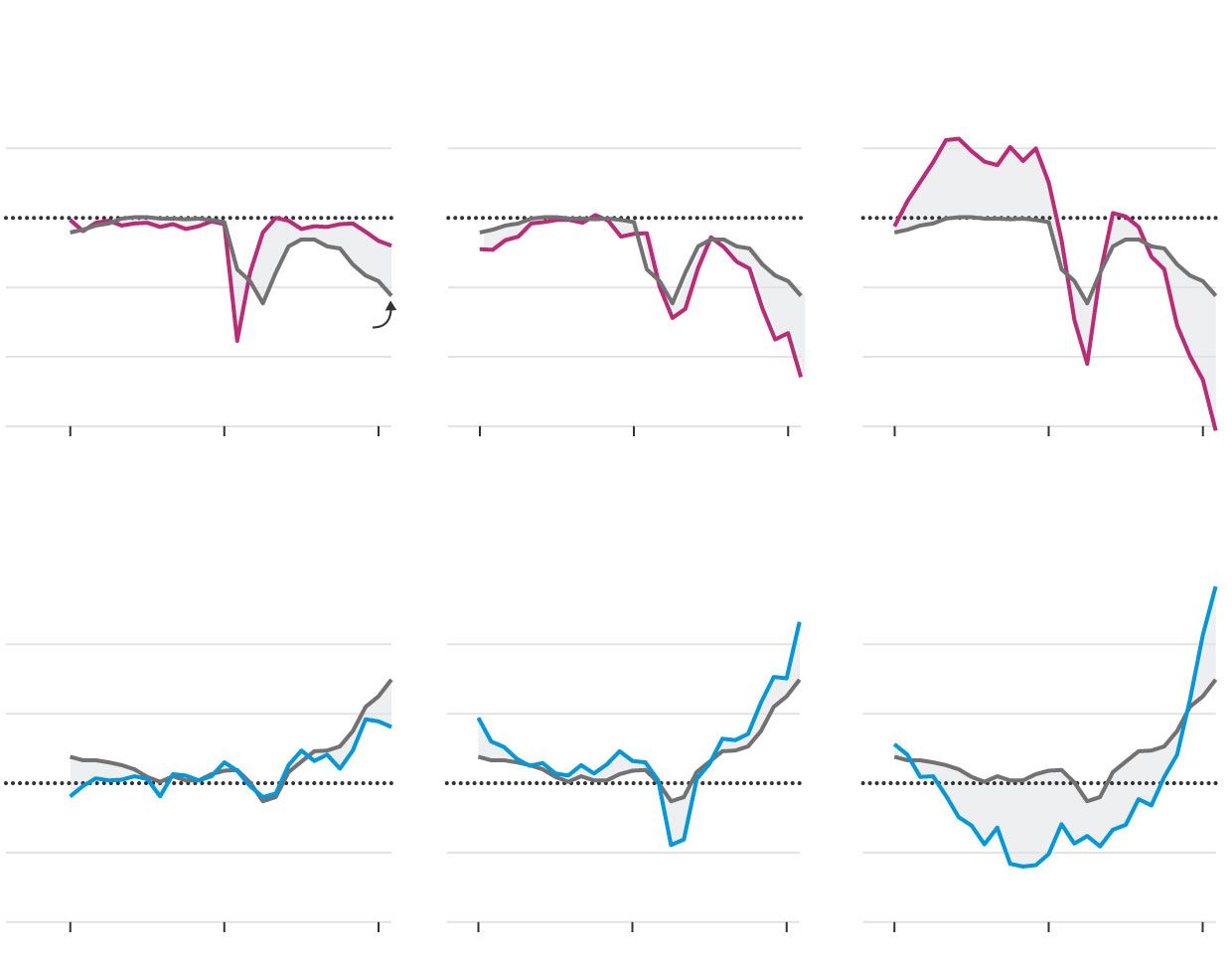 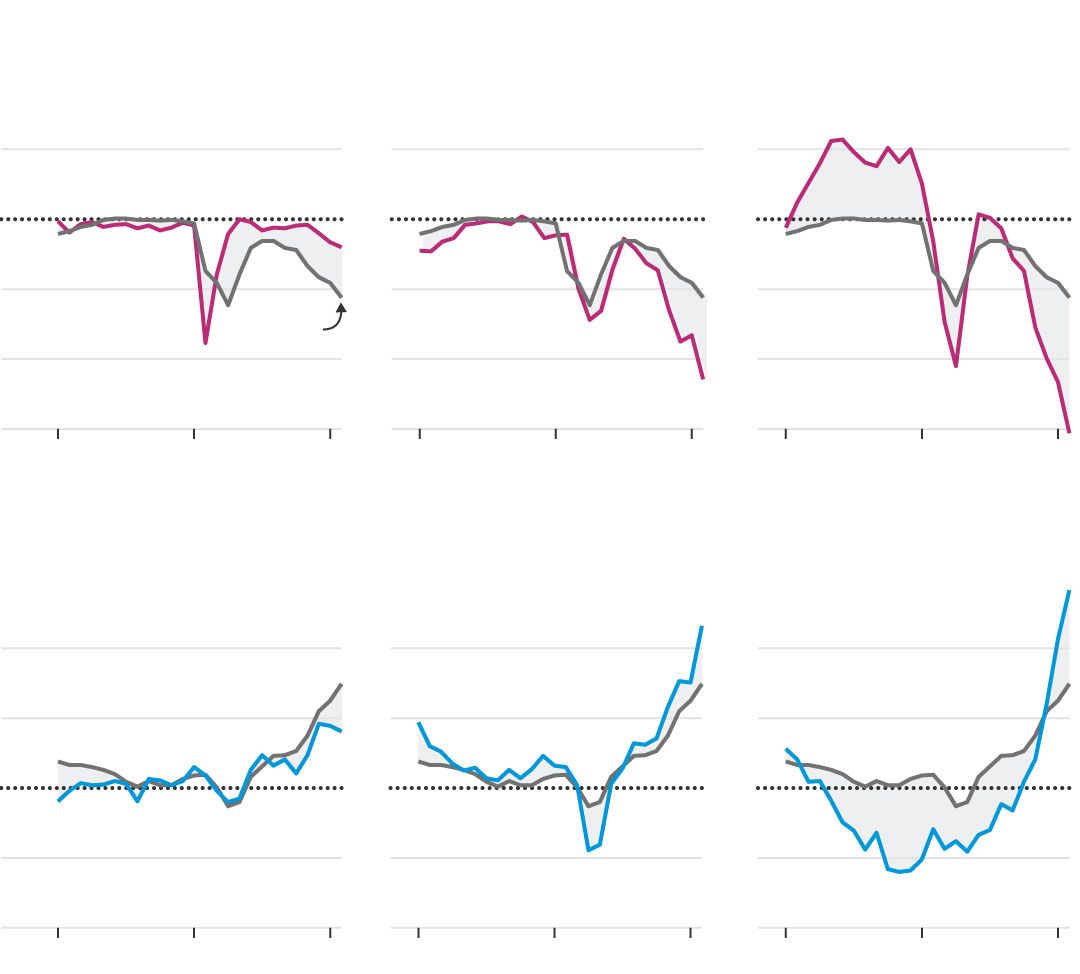 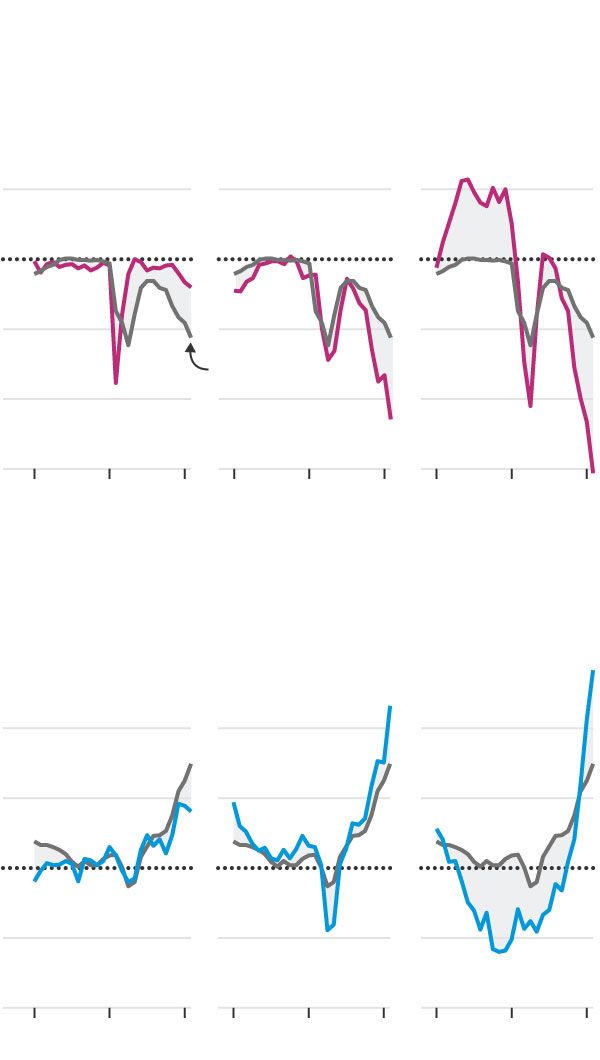 Shortages are pushing prices higher, according to the surveys. Factories reported the sharpest rise in the prices they pay for inputs in almost a decade, and they, in turn, raised the prices they charged.

The problems are most acute in the global shipping network. It has yet to recover from the disruptions caused first by pandemic lockdowns, followed by the surge in demand for household and electronic goods as people settled into their new, home-centered routines.

Sales of toys from Florida-based Basic Fun Inc. started rising last spring as schools stopped in-person classes and summer camps and recreation programs for children were canceled. As a result, overall sales in 2020 were 20% higher from 2019.

“Parents needed stuff for their kids to do, so they bought Lite-Brites and Tonka trucks,” said Chief Executive

But 85% of the world’s toys are made in Southeast Asia, and companies including Basic Fun have faced rising freight costs and delays. The cost of moving a 40-foot steel shipping container of toys from China to a West Coast port is now $4,500, up from $2,500 to $3,000 a year ago, said Mr. Foreman. At that rate, the company’s transportation costs will increase by about $1.8 million a year, he said.

Rising transportation costs have affected businesses everywhere and not just those on the busiest routes between Asia, the U.S. and Europe.

In Malaysia, Classic International Sdn Bhd, a leather-goods maker, is seeing its finished products pile up after some clients asked to delay delivery as shipping costs started to climb around the beginning of this year. 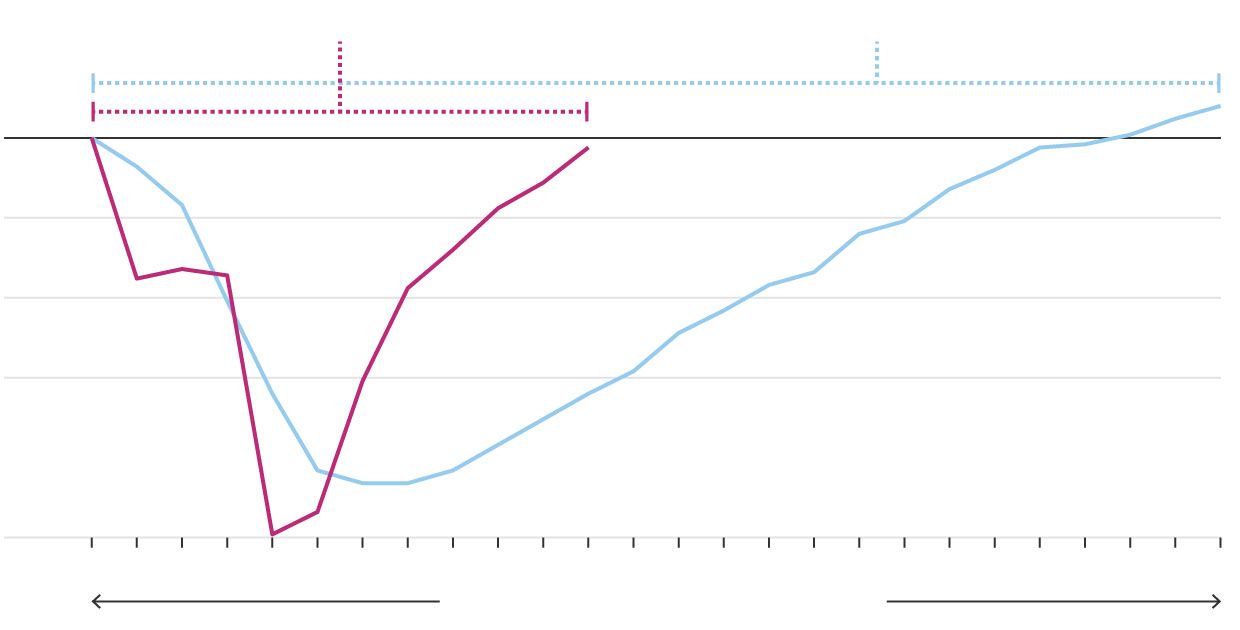 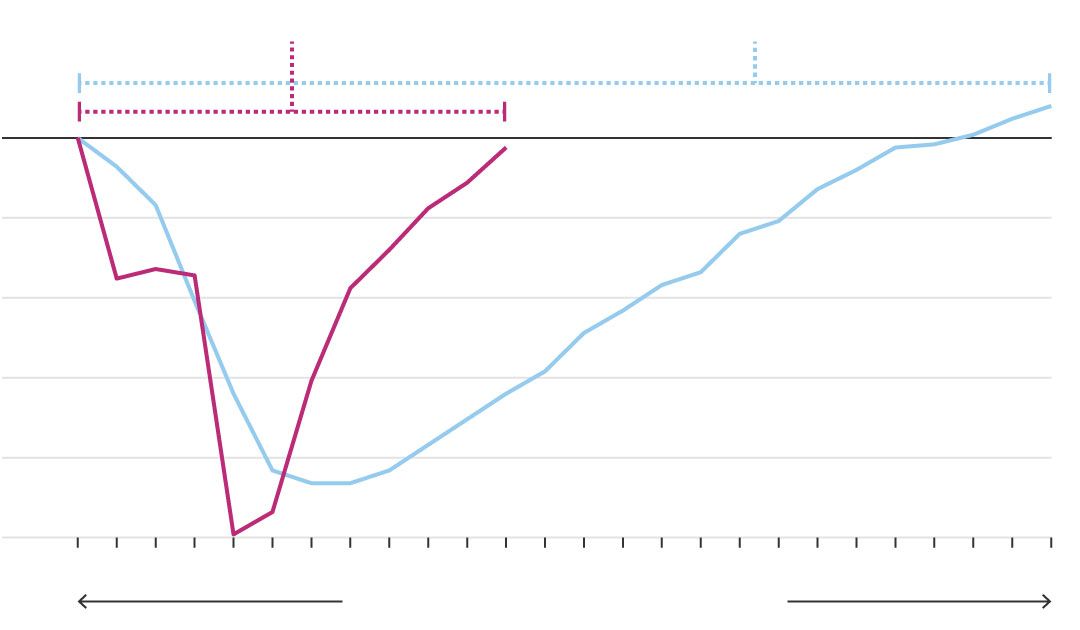 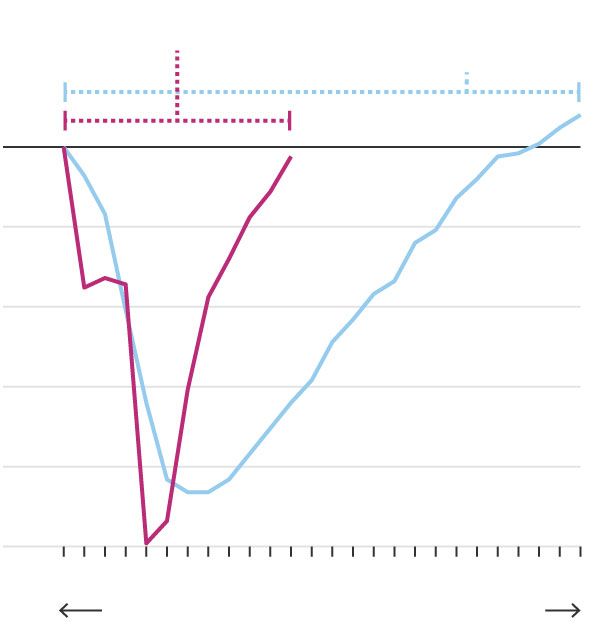 The price of “every material, every part, plastic parts, glue, everything from China has increased,” said Lim Bao Lih, export manager at Classic International.

She said her firm used to source nearly 70% of its raw materials from China, including its core material, leather. Now, the company buys more-expensive leather from Malaysian suppliers to offset rising shipping costs and material prices in China.

In some cases, shortages have already led to a decline in production. German automobile makers warned as early as December that they would have to trim output in the first quarter of this year, citing a dearth of semiconductors.

The German Association of the Automotive Industry, an industry group, said just under 240,000 passenger cars were made in January, down about half from November.

Some economists and policy makers have predicted that supply-chain squeezes—particularly of health-related goods such as masks and respirators—could induce manufacturers to bring production of some goods home, or at least shorten supply chains to reduce vulnerability to shocks. Little such movement, however, has so far materialized, with companies finding it cheaper and easier to operate with traditional overseas contractors.

Indeed, there are already signs of a rebound in some sectors, such as German automobile manufacturing, and economists don’t expect capacity constraints to limit the pace of the global rebound from a year in which activity declined sharply.

Top news and in-depth analysis on the world of logistics, from supply chain to transport and technology.

On Tuesday, the Organization for Economic Cooperation and Development, a Paris-based research body, raised its global growth forecast for this year to 5.6% from 4.2%. Economists expect shortages of semiconductors to ease as governments loosen pandemic restrictions and people return to more-normal patterns of work and education, cooling demand for information technology.

That return to normality has already happened for manufacturers that were caught up in one of the pandemic’s earliest supply squeezes. Soosan CMC Co. is a South Korean firm that makes disinfectant products including antibacterial sprays. As demand for its products soared in February last year, it had to look abroad for suppliers for the first time in company history, eventually finding them in the U.S. and the U.K.

“There was a global shortage of bottle spray guns,” said Kim Jin-Kyu, director at Soosan CMC in Seoul.

Then, as the pandemic spread across Europe and the U.S., Soosan CMC’s newly found sources of bottles dried up, and the company had to cut back on the production of its sprays to match the bottles available.

Since December, however, the company has returned to normal operations and is back to dealing with just one supplier for spray heads.

“We’ve seen this industry return to where it was before, after MERS and SARS,” said Mr. Kim, referring to other viral diseases that previously affected parts of Asia.

That path back to normality is one that economists and policy makers expect many businesses to follow over the coming months, as the pandemic is contained and surges in demand for particular goods abate.

—Tom Fairless in Frankfurt contributed to this article.