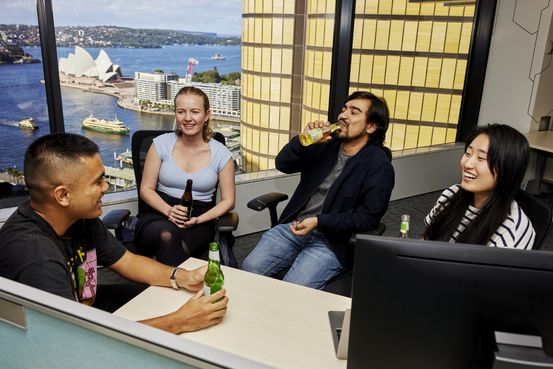 When Shant Soghomonian, a senior sales director at Dell, went back to his office in Sydney last month after a year of remote work, the space looked the same as he remembered, and he didn’t even have to wear a mask. But when he stepped into a sanitized conference room for his first in-person meeting of 2021, he realized he had forgotten how to greet colleagues in person.

“Do you shake their hands? Do you do the elbow bump?” recalls Mr. Soghomonian. A consensus eventually arose around “predominantly elbows,” he says.

Mr. Soghomonian and about 2,000 of his Dell colleagues in Australia have been able to go in-person to their offices for months. On March 9, Dell’s six Australia offices entered their third and final phase of reopening. Meanwhile, about 41,000 Dell employees in the U.S. remain fully remote—at “phase 0”—for the near future, according to a Dell spokesperson.

Australians’ return to work gives a taste of what the post-pandemic office might look like in other countries soon. The country of nearly 26 million people has been at the vanguard of the world-wide effort to reopen offices. Its strict early lockdown, intensive contact-tracing and aggressive quarantine protocols have helped keep daily new cases very low for months and total number of deaths under 1,000 since the pandemic started, according to its Department of Health. Offices of multinational firms like Adobe , Facebook , and Dell started to reopen as early as June.

But it hasn’t been a straight line from quarantine to unmasked meetings. Most offices had to slowly phase back re-entry, prepare for workers’ skittishness in communal spaces and in meetings, and counter people’s reluctance to commute again.