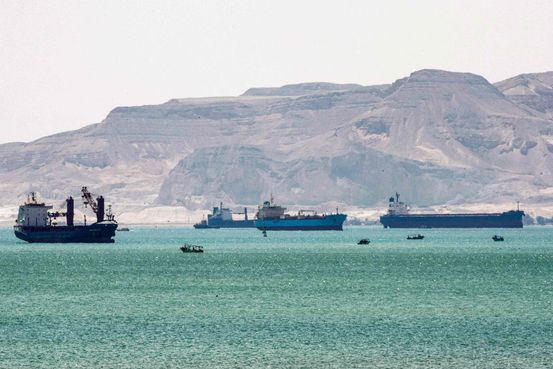 Shipping companies rerouted vessels, refused to take on new customers and forecast long delays—and longer-term port congestion around the world—raising the global trade and economic stakes of the grounding of the Ever Given in the Suez Canal.

Shipping executives said even if the vessel is removed imminently, a backlog of ships waiting to pass through the canal would linger for days, and diversions of cargo could wreak havoc on port traffic around the world for weeks, upsetting the usually carefully orchestrated management of the world’s containers. The canal connects the Mediterranean and Red Seas and accounts for as much as 13% of seaborne trade and about 10% of maritime shipments of oil.

Allianz , the German insurance giant, estimated the blockage could reduce global trade by as much as $10 billion a week. It figured for every week the canal was immobilized, it could shave 0.2 to 0.4 percentage points off annual trade growth.

Caroline Becquart, senior vice president at Mediterranean Shipping Co., one of the world’s largest container lines, said the blockage “is going to result in one of the biggest disruptions to global trade in recent years.” Amid super-tight capacity that started building late last year and has lingered through this year, the accident means that companies should expect “a constriction in shipping capacity and equipment.”

A.P. Moller–Maersk A/S, the world’s largest container vessel operator, said Sunday it has rerouted 15 of its ships away from the Suez Canal and is turning some new clients away for now as it assesses its capacity. “For every day the canal remains blocked, the ripple effects on global capacity and equipment continues to increase,“ it told clients. Delays and backlogs “will continue well beyond the physical removal of the Ever Given,” the 1,300-foot container ship that wedged itself into the canal’s banks early last Tuesday. Dredging continues to free the ship, with engineers trying to refloat the vessel during high tides. Maersk said it couldn’t give clients estimated times of arrival for affected ships.