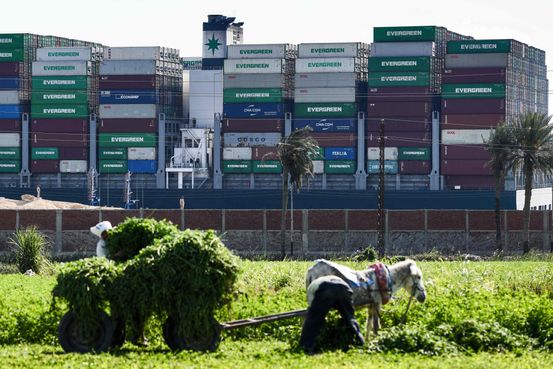 HONG KONG—The blockage of the Suez Canal exposed another weak link in already-strained global supply chains: a shortage of shipping containers needed to move goods around the world.

That shortage—which emerged last year and has persisted recently—is likely to get worse even though the ship that was blocking the canal, the Ever Given, was freed on Monday. Thousands of shipping containers have been stranded in ships idling at the canal, and many more are on vessels that were rerouted around the southern tip of Africa, a trip that takes about two weeks longer.

All those containers won’t be arriving in ports when originally expected, with potential domino effects for the world’s importers, exporters and manufacturers.

“The main impact of the Suez blockage would be the delay in the return of ships and boxes coming back [to Asia] from Europe, and the effects could be felt in the coming two months,” said Hua Joo Tan, an analyst at Liner Research Services in Singapore.

Meanwhile, ports that are already strained from Covid-related issues might become more congested as the canal reopens. That is because a sudden traffic flow through the Suez could send a flood of ships that are behind schedule to skip docking in smaller ports and head to bigger ones to try to make up for lost time.