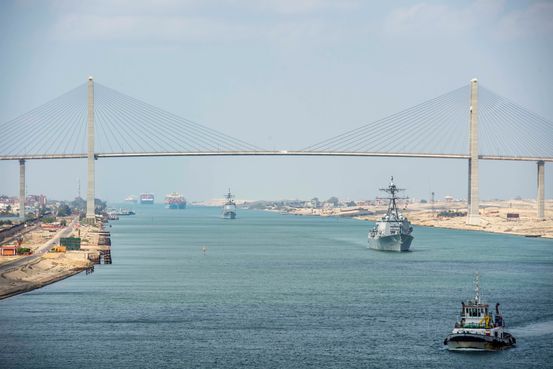 CAIRO—Suez Canal authorities said Saturday they have cleared the massive traffic backlog that resulted when a giant container ship got stuck and blocked the important waterway, disrupting global trade.

More than 400 vessels that were waiting at the northern and southern ends of the 120-mile waterway on March 23 when the Ever Given ran aground have passed through the canal since Monday, authorities said.

New ships were entering the waterway, returning movement to normal, they said, and marking the end of a 12-day saga that upended the maritime shipping industry and strained already struggling global supply lines.

On March 23, the bow of the 1,300-foot Ever Given veered into the eastern bank of the canal. Over six days, engineers and sailors worked around the clock to dislodge the ship, operated by Taiwan-based Evergreen Group.

It was finally freed on March 29 when an unusually high spring tide helped the vessel’s release.