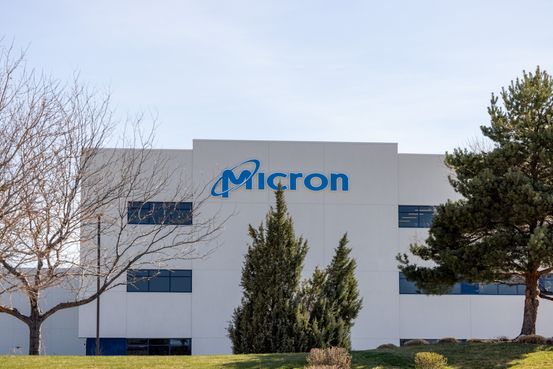 are each exploring a potential deal for Kioxia Holdings Corp. that could value the Japanese semiconductor company at around $30 billion, according to people familiar with the matter, as a global scramble for memory chips used in smartphones and other devices heats up.

A deal for Kioxia, controlled by private-equity firm Bain Capital, isn’t guaranteed, and it isn’t clear how one might be structured. Should a deal come together, it could be finalized later this spring, some of the people said.

The Tokyo-based company had been planning an initial public offering before shelving it in late September, citing the coronavirus pandemic and market volatility.

An IPO later this year is still a possibility should the company fail to reach agreement on a deal with one of the suitors, the people said.

Kioxia is considered a crown-jewel asset in Japan, and—given the additional political sensitivities of transferring ownership of key technology like that in chips—any transaction would require the blessing of the government there. Washington would also likely play a role, but a deal could fit with a push by the U.S. to boost its chipmaking capabilities to increase competitiveness with China.

Kioxia makes NAND flash-memory chips used in smartphones, computer servers and other devices. It’s become a hot area in part because of increased demand during the coronavirus pandemic for personal computers, with people working remotely and distance learning, as well as gaming and the growing popularity of 5G smartphones.

That has helped Kioxia’s valuation soar since it backed away from the IPO. It was expecting a valuation then of around $16 billion. Its business had been hit by U.S. export restrictions on China’s Huawei Technologies Co. that threatened to lead to excess supply and price drops for flash-memory products.

Micron shares have also shot up since then, almost doubling to give the company a market value of about $100 billion.

shares have surged too, giving the company a valuation of around $20 billion.

Memory, was purchased in 2018 by a group led by Bain that included

in a deal worth around $18 billion. Toshiba Corp. retained a 40% stake in the business, which was renamed Kioxia the following year.

There has been other deal making since.

agreed last year to pay around $9 billion for

’s NAND business, in a deal that would make it one of the world’s largest players in the market—a list that also includes

Consolidation has swept through the broader semiconductor sector as industry players seek scale and expand their product portfolios to support the increasing number of everyday items that are connected to the internet. The industry has accounted for several of the biggest deals worldwide in recent months, including

Bain has been an active dealmaker lately, including backing component maker

in a heated public bidding war for rival

Micron, one of the world’s largest memory-chip makers, is a big player in DRAM, another major type of memory used in devices. A combination with Kioxia would expand its NAND capabilities.

Western Digital, which makes hard disk drives, solid-state drives and NAND chips, has a joint venture with Kioxia for manufacturing and research and development that was set to expire starting in 2027.