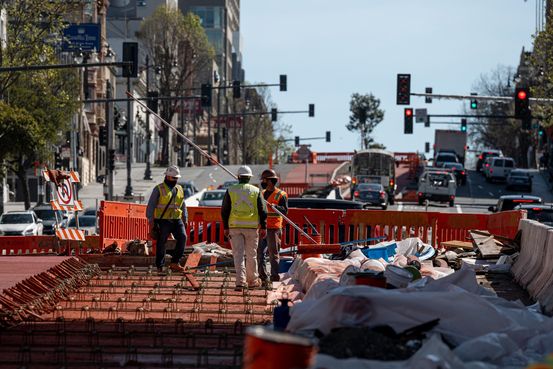 President Biden’s ambitious agenda to remake the American economy comes in two stages. Stage one, the $1.9 trillion American Rescue Plan, is intended to jolt the economy back to life with a huge dollop of old-fashioned Keynesian demand-side stimulus. Mr. Biden should be pleased with the results: as checks have landed in consumer bank accounts, growth has begun to surge.

Stage two, which Mr. Biden started rolling out Wednesday, is more supply-sided: He aims to raise the economy’s productive potential by investing in its physical and human capital. Stage two matters more than stage one because its consequences will be more enduring.

It is also much harder to pull off. That’s because long-run growth depends not just on the quantity of investment but how it’s targeted.

Mr. Biden’s $2.3 trillion infrastructure plan has goals beyond simply raising gross domestic product: narrowing racial, urban-rural and economic disparities, boosting union membership and combating climate change. Not to mention the challenge of getting any legislation through a closely divided Congress.

Federal investment in domestic physical infrastructure, research and development, and education and training has declined steadily since the 1960s, to between 1% and 2% of GDP recently. Mr. Biden aims to reverse that, boosting federal investment by 1% of GDP over eight years.