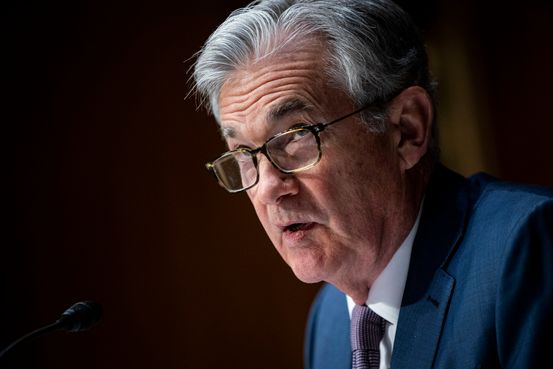 WASHINGTON—Federal Reserve Chairman Jerome Powell said that the federal government can manage its debt at current levels but that fiscal-policy makers should seek to slow its growth once the economy is stronger.

“Given the low level of interest rates, there’s no issue about the United States being able to service its debt at this time or in the foreseeable future,” Mr. Powell said Thursday in an interview with National Public Radio. “Nonetheless, there will come a time—and that time will be when the economy is back to full employment, and taxes are rolling in, and we’re in a strong economy again—when it will be appropriate to return to the issue of getting back on a sustainable fiscal path.”

Fed officials voted unanimously at their March 16-17 meeting to maintain overnight interest rates near zero and continue purchasing at least $120 billion a month of Treasury debt and mortgage-backed securities.

In a series of public appearances this week, Mr. Powell and his colleagues have reiterated that they don’t anticipate changing the central bank’s easy-money policies soon.

The Fed plans to hold interest rates steady until the U.S. labor market returns to full employment and inflation reaches its 2% target on a sustained basis. For most central-bank officials, that means no rate increases until 2024 or later, according to projections they released last week.