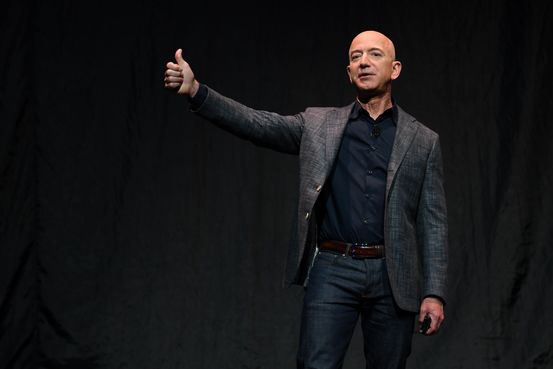 Mr. Bezos made his support public in a memo Tuesday. Amazon has faced scrutiny over its workplace policies and some criticism from members of Congress over what they view as low tax payments. Mr. Biden’s $2.3 trillion plan centers on fixing roads and bridges, expanding broadband internet access and boosting funding for research and development.

“We recognize this investment will require concessions from all sides—both on the specifics of what’s included as well as how it gets paid for,” Mr. Bezos wrote. He said Amazon was “supportive of a rise in the corporate tax rate” and said the company looked forward to seeing the U.S. government’s progress on the plan.

Mr. Biden’s plan would impose a minimum tax on profitable corporations. Had the minimum tax he proposed been in place for 2020, Amazon’s cash taxes would have been about double what it reported, The Wall Street Journal reported in February.

Mr. Biden met in February with chief executive officers from JPMorgan Chase , Walmart Inc. and other corporations to discuss wage gaps and economic recovery, among other topics. Joshua Bolten, president and chief executive officer of the Business Roundtable, an association of CEOs of major U.S. companies, has said that policy makers “should avoid creating new barriers to job creation and economic growth, particularly during the recovery.”