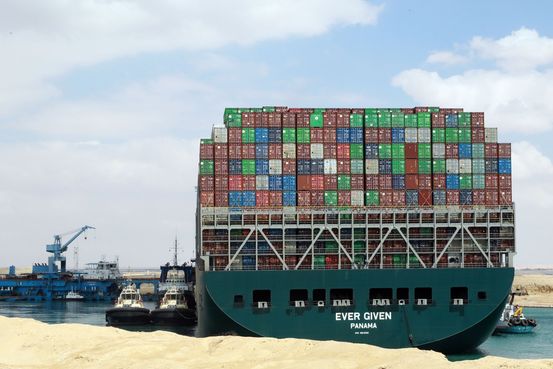 When Evert Lataire studied the publicly available data for the Ever Given’s fateful voyage this week, he noticed the vessel did something unusual just before settling sideways in the Suez Canal: The container ship veered close to the channel’s western bank.

Mr. Lataire knew the hydrodynamics of the situation. He wrote his Ph.D. dissertation about such physics—and has simulated it over and over with model boats in an indoor testing tank in his native Flanders.

“At that point to me, the accident was inevitable,” he said.

It is still unclear exactly why one of the world’s biggest ships ended up plowing into the canal’s eastern bank, blocking the shipping choke point and upending the global supply chain. But two reasons, one rooted in physics and the other in economics, explain why the conditions were ripe for a mishap.

One factor is size. Cargo ships didn’t used to be this big. As recently as 1996, the biggest container vessels carried the equivalent of 7,000 boxes, each 20 feet long. There was no reason to go larger. “You get to a point where you need a bigger port and bigger cranes,” said Paul Stott, a U.K.-based maritime consultant who teaches at Newcastle University.