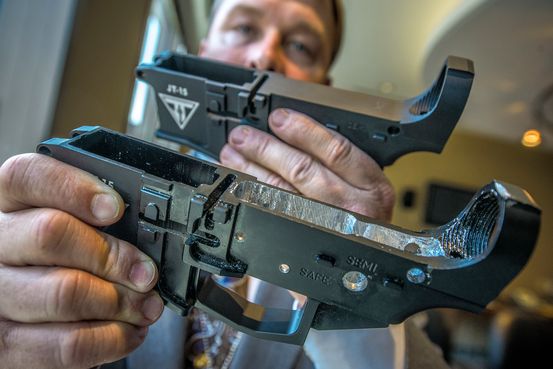 Federal firearm regulators met with gun industry representatives Friday to discuss weapons that can be made from parts purchased online, a signal the Biden administration may tackle the proliferation of weapons known as ghost guns.

The discussion led by officials from the Bureau of Alcohol, Tobacco, Firearms and Explosives and firearms manufacturers focused on a possible expansion of the definition of what counts as a firearm, according to people who participated. Such a move could subject ghost guns to the same regulations as other firearms.

“ATF routinely meets with our regulated industry participants to discuss matters of mutual concern,” April Langwell, a spokeswoman for the agency, said before the meeting. “One of those meetings is scheduled for this week, and ATF looks forward to continuing this important dialogue.”

The National Shooting Sports Foundation, which represents the gun industry, participated along with several firearms manufacturers.

“We have not seen credible evidence and statistics demonstrating that this is a significant issue,” said Lawrence Keane, the NSSF’s general counsel. “We are happy to have a dialogue with the ATF as we always are on issues that impact industry.”