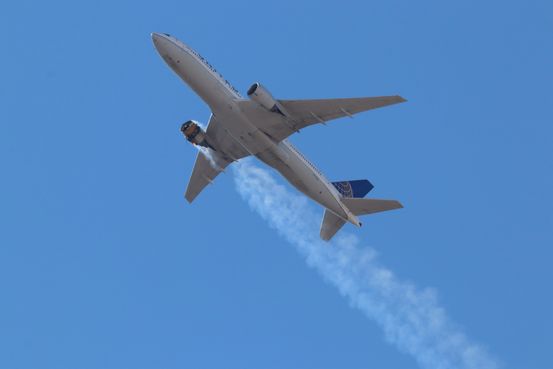 was planning to strengthen protective engine covers on its 777 jets months before a pair of recent serious failures, including one near Denver last weekend, according to an internal Federal Aviation Administration document.

The plane maker and regulator had been discussing potential fixes even longer—for about two years, according to people familiar with the matter. The talks began after two failures in 2018, one on a 777 operated by

and the other on a

Because potential modifications to 777 external engine covers, commonly known as cowlings, had various shortcomings, “Boeing has decided to redesign the fan cowl instead of trying to modify existing fan cowls to address both the structural strength concerns” and moisture issues, according to the internal FAA document reviewed by The Wall Street Journal.

“Boeing will be manufacturing new fan cowls and providing service instructions for operators to remove and replace the fan cowls,” according to the document, part of a routine Aug. 6, 2020, update on efforts under way at the agency’s Seattle-area offices. Boeing and the FAA declined to comment on the engine-cover plan’s status Wednesday.

Separately on Thursday, the FAA said Boeing would pay $6.6 million for failing to meet its obligations under a 2015 settlement and to resolve two enforcement cases.

Changes to airplane parts can require years of design, testing and regulatory approvals. Some aviation-safety experts and regulators have been growing increasingly concerned about whether engine covers are robust enough to withstand the impact of a fan blade’s breaking off and shooting outward during flights.

While rare, such engine-cover damage has come up in a handful of recent engine failures. Pilots train to land a plane operating on one engine, which can be done safely, but large pieces of metal from covers can put other parts of the aircraft—and passengers—at risk. The engine-testing process hasn’t beenfully accounted for that possibility, according to some safety experts and reports by the National Transportation Safety Board.

chairman of the NTSB from 1994 to 2001, said recent incidents should have prompted regulators to look “very aggressively“ at issues surrounding engine covers.

“I have yet to see indication this was done,” he said.

Boeing said it would continue to follow the FAA’s guidance on 777 engine covers, and it is “engaged in ongoing efforts to introduce safety and performance improvements across the fleet.”

An FAA spokesman said reducing the risk of engine fan-blade failure that could lead to cowling damage has been a priority—the focus of agency directives following the 777 incidents in 2018 and last week. FAA officials have said the agency was working with Boeing on a design change for a different type of engine that failed on the 2018 Southwest flight—killing a passenger—and reviewing the need for changes to other engines.

“Any proposed design change to a critical piece of structure must be carefully evaluated and tested to ensure it provides an equivalent or improved level of safety and does not introduce unintended risks,” the agency spokesman said.

The 777 engine failure last weekend came shortly after the plane—as in one of the 2018 incidents, operated by United—took off from Denver International Airport. An apparently weakened fan blade broke off and seemed to have sheared a second blade roughly in half, according to the NTSB, which is leading the investigation. The engine’s cover was ripped away, leaving a trail of debris in the town below.

Authorities in the U.S. and Japan attributed both to fan blades that snapped off and battered engine covers.

In all three cases, the planes landed safely without any injuries.

After the 2018 failure on the United 777, the FAA mandated that fan blades on the type of engine involved undergo special thermal-acoustic image inspections—using sound waves to detect signs of cracks—every 6,500 flights. The engine that failed over the weekend had made about 3,000 flights since its last inspection, according to people familiar with the matter.

The FAA on Monday ordered immediate thermal-acoustic image inspections for fan blades on certain Pratt & Whitney engines on some Boeing 777 jets. Pratt & Whitney is a unit of aerospace company

But a design change to fortify engine covers is a longer, more involved process. The internal FAA document said Chicago-based Boeing had presented its 777 engine-cover findings to FAA specialists in the Seattle area in early August.

Aircraft engines and their protective covers are supposed to constrain broken fan blades and other metal parts, preventing them from damaging structures needed to keep the plane aloft. Detached engine covers that don’t fall to the ground could create aerodynamic drag, safety experts said. That could increase consumption of fuel if the plane is flying less efficiently, a concern for long flights over water with few options for emergency landings, one of these experts said. The FAA document cites “fuel exhaustion” as a potential safety hazard.

Engines’ certification tests have focused on making sure that broken fan blades don’t shoot out the side of an engine and puncture the plane’s fuselage. Less attention has been paid to the prospect that a blade could shoot forward and damage the front part of the engine covers. Those covers aren’t required to be attached during tests of how engines cope with broken fan blades so the blades remain visible.

“When you lose big pieces like that, that’s a hazard,” said

a former director of the FAA’s accident investigation division. “There was never a requirement to consider this before—it just never really happened that much.”

said he has “reiterated to Boeing’s leadership time and again that the company must prioritize safety and regulatory compliance.”

Boeing didn’t immediately respond to a request for comment. The plane maker has said it will follow FAA guidance on “all matters related to safety and compliance.”