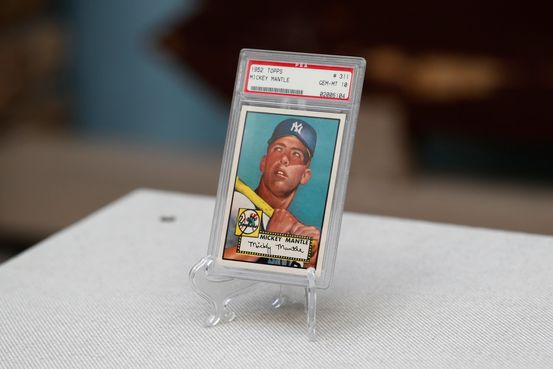 Baseball-card maker Topps Co. is going public through a combination with a special-purpose acquisition company that sees potential for Topps’ expansion in the digital collectibles market.

The deal with Mudrick Capital Acquisition Corp. II values the combined entity at about $1.16 billion, the companies said Tuesday. Michael Eisner, the former chairman and chief executive of Walt Disney Co. , will remain as Topps’ chairman, the companies said. His firm and private-equity firm Madison Dearborn Partners purchased Topps in 2007 with a $385 million buyout bid.

Topps, known for its Bazooka gum along with trading cards, said it posted sales of $567 million in 2020, up 23% from the prior year. Founded in 1938, the company has licensing partnerships with Disney, Major League Baseball, Major League Soccer and the National Hockey League, among others, and it provides gift-card offerings for companies including Airbnb Inc., DoorDash Inc. and Netflix Inc.

Topps first marketed its sports and entertainment digital collectibles apps in 2012. It recently expanded into nonfungible tokens, digital assets also known as NFTs that use technology behind cryptocurrencies to create unique tokens, each with its own identification that isn’t replicable. These tokens serve as a digital deed for original editions of online art, music and even memes.

The SPAC sees Topps as “well situated with a universally recognized brand to capitalize on the fast emerging market for collectible NFTs,” said Jason Mudrick, founder and investment chief of Mudrick Capital Management LP, whose affiliate is the SPAC’s sponsor.