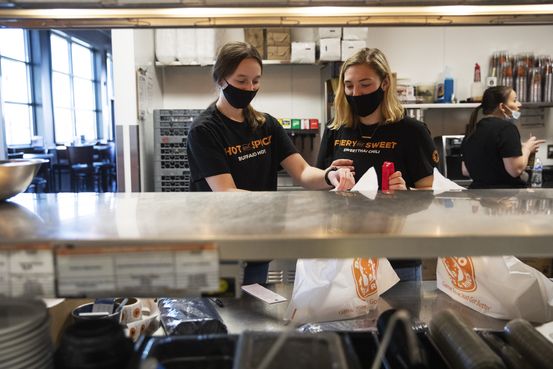 Raising the federal minimum wage to $15 an hour would make it harder for many teens to get or keep jobs, adding to the employment challenges they have faced during the pandemic, many economists say.

Democrats want to raise the federal minimum wage in steps to that level by 2025, from $7.25 an hour. Most states already have set a higher minimum wage. The plan also would eliminate a youth subminimum wage that allows businesses to pay teens less during the first 90 days of work.

The changes would give raises to millions of workers and lift some out of poverty, the nonpartisan Congressional Budget Office has said in studies. But it also has found about 1.4 million workers would lose their jobs over the next four years, many of them teens. “Young, less-educated people would account for a disproportionate share of those reductions,” it said in a February report on the minimum-wage proposal.

Teens saw much higher rates of unemployment than the overall workforce during the pandemic. The unemployment rate for those between 16- and 19-years old hit almost 32% in April 2020—more than double a pandemic-peak for an overall unemployment rate of 14.8%. Both rates have eased, but teen unemployment remained well elevated at 13.9% in February compared with an overall jobless rate of 6.2%.

Lauren Gimple, 17 years old, worked at a bakery in Powell, Ohio, earning near the minimum wage until the pandemic hit. Ohio’s pay floor is $8.80 an hour. She said she left the job because some family members have compromised immune systems, a risk factor for developing severe Covid-19, but aims to return when her family is vaccinated.